Some industries balk at giant deregulation bill in Florida House 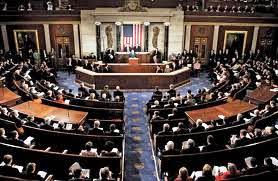 In their zeal to slash red tape this spring, Florida lawmakers are going so far that they have begun making even the state’s biggest businesses nervous.

A committee in the Florida House of Representatives unveiled and approved a sweeping plan on Tuesday to eliminate state-government oversight of more than two-dozen professions and industries, from telemarketers and travel agents to home inspectors and auto mechanics.

The 281-page bill is the most far-reaching attempt at deregulation yet undertaken in a year in which Republican leaders from Gov. Rick Scott to House Speaker Dean Cannon of Winter Park have repeatedly vowed to reduce government bureaucracy and make Florida more accommodating to businesses.

But the measure immediately drew opposition from many of those same industries that boosters say they are attempting to help. More than 30 lobbyists and professionals from various industries testified before the House Business and Consumer Affairs Subcommittee, with the vast majority of them urging lawmakers to preserve the current state’s regulatory schemes.

“Sometimes, regulation can be productive,” Nancy Stewart, of the Federation of Manufactured Home Owners of Florida, said as she urged the committee to remove provisions from the bill that would abolish the state agency that oversees condominiums, time shares and mobile homes. “We all know that we have better behavior when someone’s watching.”

Boosters of the bill said many regulations help existing businesses stifle competition. Lifting those rules, they argued, would make it easier for new businesses to set up shop in Florida and, ultimately, they hope, create jobs in a recession-wracked state still weighed down by a 12 percent unemployment rate.

“One of the beauties of our country is that an individual can sit in their living room and draw up a business plan and then go to work. But it’s sad to know that the moment they walk out that door, there are obstacles presented,” said Rep. Esteban Bovo, R-Hialeah and committee chairman, who sponsored of the legislation. “At the end of the day, the goal is to give people the power to start their own businesses and then let them move forward and compete.”

Even by the standards already set this year in Tallahassee — where dozens of bills lifting one regulation or another are rapidly advancing through the Legislature — the legislation introduced Tuesday is breathtaking.

One section, for instance, would abolish entirely Florida’s 23-year-old “Sellers of Travel” law. More than 6,500 travel agencies and independent agents are currently registered under the law, which was initially passed to protect consumers from unscrupulous agents peddling phony vacations.

Among other provisions, the current law requires that a travel agency post a surety bond of up to $50,000 so the state can use it to refund travelers should they be sold a fraudulent vacation package or if the seller goes bankrupt before customers take their trips.

Florida has received more than 13,000 complaints about sellers of travel during the past five years, according to the state Department of Agriculture and Consumer Affairs, which administers the law.

Other sections of the bill, meanwhile, would cut state oversight of the time-share industry. No more, for instance, would government regulators review offering documents by time-share builders to ensure they include adequate disclosures for consumers or in advertising materials to ensure they aren’t misleading.

It was enough to bring even Florida’s best-known employer — Walt Disney World — out in opposition.

Brian Bibeau, a lobbyist for the resort, pointed out that the state began regulating the time-share industry in the 1980s to weed out shady developers who gave the industry a seedy reputation that it has spent years trying to shed.

Disney owns a time-share business, Disney Vacation Club, which is based in Central Florida and has properties in four states.

“Florida has what some people would call a colorful history of land fraud that goes back 100 years. Others would call it a lurid history of land fraud,” Bibeau said. “The division [of condominiums, time shares and mobile homes] was put together to force the bad actors out of these areas of activity. We think it’d be a terrible mistake for you all to deregulate those areas of the division. We strongly oppose it.”

Many other industries expressed similar concerns. The Florida Association of Professional Geologists said state licensing is vital to ensure that geologists have the appropriate technical skills and education levels. The Automotive Service Associations said the state’s regulatory scheme helps resolve complaints with consumers unhappy with car-repair jobs. The Florida Association of Realtors said home buyers need the assurance that comes with state oversight of home inspectors.

“Realtors believe it’s in the public interest to keep those folks accountable to the state and the public,” said Trey Price, a lobbyist for the Realtors association. The Florida Home Inspectors Council, too, testified in support of the state’s current regulations.

Not everyone, however, was critical.

Allen Douglas, a lobbyist for the National Federation of Independent Businesses, which represents small businesses in the state, said many of Florida’s myriad rules and regulations are obstacles for new businesses.

“A lot of these laws are legit. But a lot of them are to limit competition,” Douglas said.

Analysts said 255 state-government jobs could be cut if all of the regulations targeted in the legislation were repealed.

The bill ultimately advanced on a 10-5, party-line vote, with outnumbered Democratic lawmakers criticizing what they called “unbridled” deregulation.

This entry was posted on Tuesday, March 15th, 2011 at 8:37 pm and is filed under Commercial IAQ, Residential IAQ. You can follow any responses to this entry through the RSS 2.0 feed. You can leave a response, or trackback from your own site.